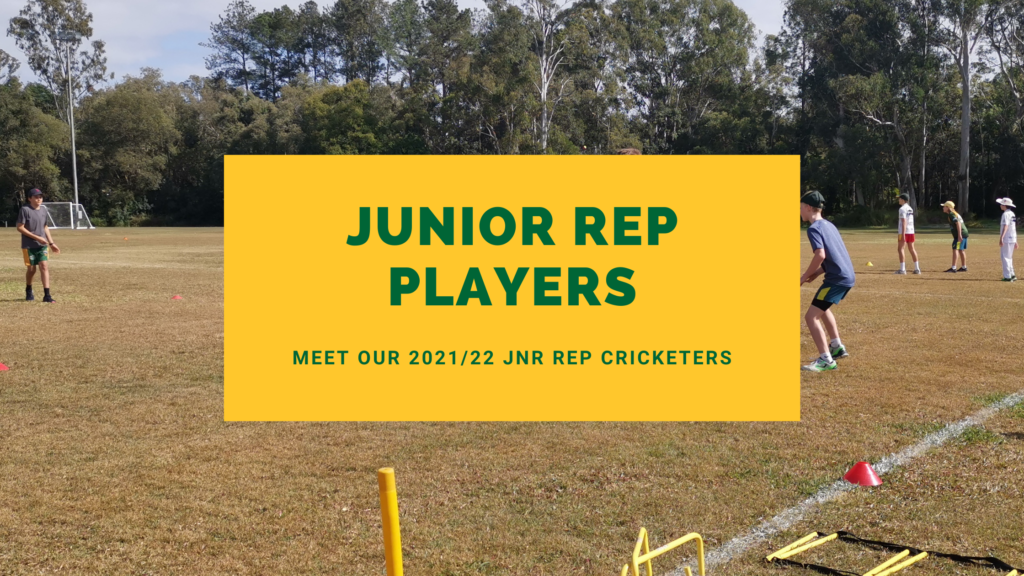 The start of the Summer school holidays is synonymous with Junior Representative Cricket across the State and this year Glasshouse DCC was well represented with many players and Coaches proudly wearing Sunshine Coast colours.

Our U16 Bulls Masters squad went through the tournament undefeated and claimed victory in the final with all Glasshouse players contributing significantly to the team’s success throughout the week. A big shout out to Jared Jackson who claimed ‘Player of the Tournament’ honours due to his consistent individual performances across the week!

Due to weather washing out the scheduled carnival, to be held in Toowoomba, in November, this carnival has been moved to new dates in February 2022.

Coached by our very own Jason Eade our Sunshine Coast U15 squad only lost one game all week but due to the closeness of the competition these legends finished 5th for the week. Whilst Zac is a veteran of State Championship Cricket Carnivals, this was the first experience at this level of competition for both Riley and Hayden. Great work gents!

Another team Coached by one of our own, Ben Fleiter and skippered by Malakai. Despite having a close loss on day one, this team recovered to make the final against Brisbane North and whilst fighting gallantly – the boys lost to a very strong Brisbane North outfit. Ben Fleiter built some great relationships with his players and created a great environment for his players to succeed with Malakai returning some of his best performances, with his leg-spin bowling, at a state carnival. Malakai was also selected in the Coastal Burners side to play in a ‘Phase 2’ State Carnival run by Qld cricket in the New Year.

Our Sunshine Coast U13 side had a great week finishing 3rd overall with Mitch playing an integral role as one of the genuine all-rounders of the squad. Mitch has often played well above his age group in club cricket and has his best years ahead of him as he continues to grow as a player – great work Mitch!

Another year of Schoolboys Cricket and another undefeated week for the Sunshine Coast side – the Sunshine Coast 10-12 Schoolboys side went through to the final undefeated only to have it washed out. In the previous 4 years the Sunshine Coast has won these State Championships. Coach, Daniel Book (a Scorchers legend) commented on the bright future that our very own Connor Caldwell has in the game when debriefing his week with local QC staff. Connor had a great week with the ball and is also very capable with the bat in hand. Connor is another one of our younger players playing well above his age group for our club!

To ’round out’ the influence of Glasshouse Coaches for this week of carnivals, Jack Whisker coached our Sunshine Coast U12’s up in Gympie. Jack performed admirably, creating a great learning environment for all the players, which can be very challenging at this younger age group. Eli had been lucky enough to be coached by Jack the year before and thrived in the environment Jack created, finishing as the leading wicket-taker for the Sunshine Coast side. Eli bowls off-spinners but was also asked to wicket keep for a couple of sessions late in the week!

Glasshouse DCC had an astounding 7 players represented in this years U16 Lords Taverners Sunshine Coast Squad. Supercoach Gerard Flegler was able to guide this side to go one better than last year, making it to the Grand Final against the Gold Coast Dolphins. Whilst going down in a close contest all our Glasshouse players should be proud of their performances and contributions to the squad throughout the season.

To have three Coaches from our club acknowledged and invited to lead some of our representative teams this season is a reflection of the investment our club is making in developing our coaches. We value the time and energy our coaches volunteer at our club and also understand the important role coaches play in both developing and retaining players. 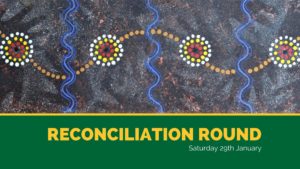 We were excited to catch up recently with one of our club legends, Levi Pearce, to have a yarn about his heritage and what our 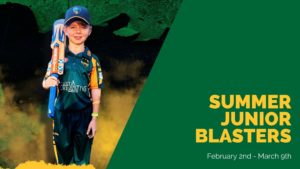 BACK BY POPULAR DEMAND!!!!Due to the success of our popular Junior Blasters program, we have decided to bring it back to see the Summer out!!!

This website uses cookies to improve your experience while you navigate through the website. Out of these cookies, the cookies that are categorized as necessary are stored on your browser as they are essential for the working of basic functionalities of the website. We also use third-party cookies that help us analyze and understand how you use this website. These cookies will be stored in your browser only with your consent. You also have the option to opt-out of these cookies. But opting out of some of these cookies may have an effect on your browsing experience.
Necessary Always Enabled
Necessary cookies are absolutely essential for the website to function properly. This category only includes cookies that ensures basic functionalities and security features of the website. These cookies do not store any personal information.
Non-necessary
Any cookies that may not be particularly necessary for the website to function and is used specifically to collect user personal data via analytics, ads, other embedded contents are termed as non-necessary cookies. It is mandatory to procure user consent prior to running these cookies on your website.
SAVE & ACCEPT